A brutally violent, lusciously gorgeous film about a sexy fish-man 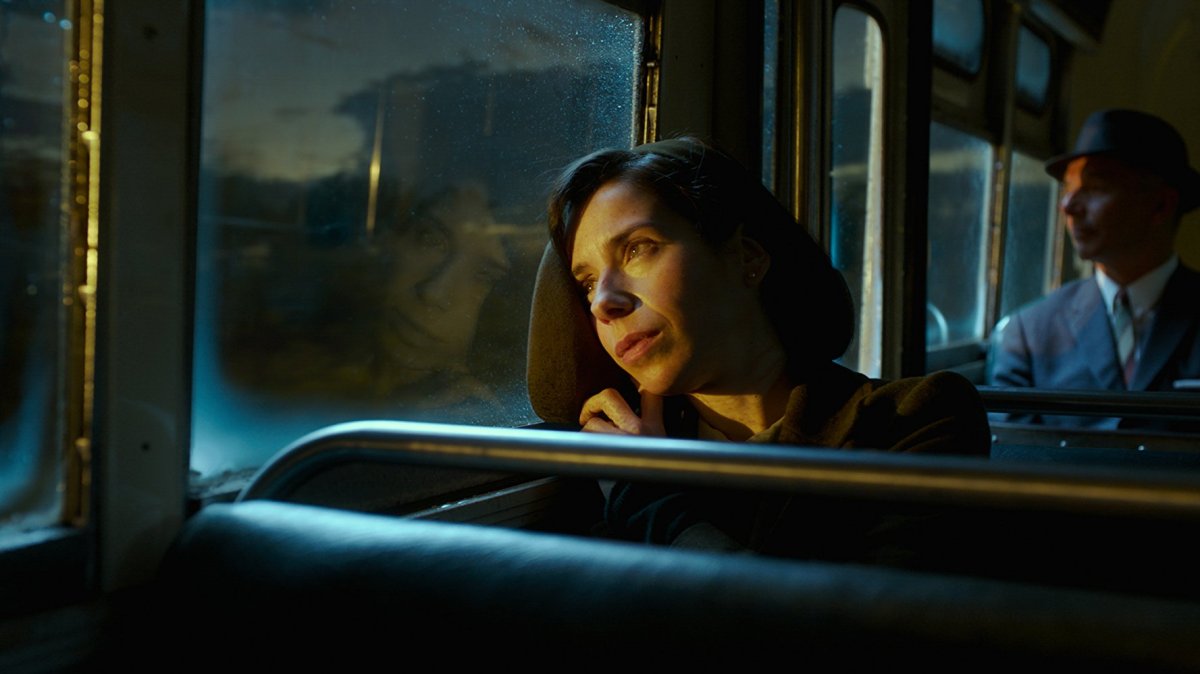 Within the first five minutes of The Shape of Water, Sally Hawkins’ mute maid Eliza sets a timer, hops in the bath, and masturbates. The film has been marketed as an adult fairy tale, and the first part of the statement can’t be ignored. Don’t get me wrong; this isn’t a raunch-fest about fish-sex. But unlike Pan’s Labyrinth, which was an adult fairy tale from a child’s perspective, The Shape of Water is distinctly mature through-and-through, a brutally violent, quietly introspective, and lusciously gorgeous delight. It also happens to feature a sexy fish-man.

Even if said sexy fish-man doesn’t work for you, there’s no denying how stunningly beautiful this film is, with oversaturated blues giving Eliza’s apartment the feeling of an aquarium and neon greens (or is that teal?) frequently blanketing the players. In many fantastic ways, the art design evokes Bioshock‘s Rapture, particularly when combined with its cold-war setting and record-box soundtrack. In a touch that could be viewed as cheap if I had a heart of stone, Eliza lives above a cinema, and The Shape of Water definitely earns the La La Land/The Artist movie-about-how-great-movies-are slot at the Oscars. But it does so in little ways, such as Eliza and her neighbour Giles performing a small couch dance routine, before paying it off in a big, spectacular moment.

The bloody violence might turn some off, and indeed ventures into fairly rough territory at times. Michael Shannon brings a lot of intensity to a fairly one-note heel, finding new dimensions of depravity in every act. One could also fault Del Toro for spending too much time with his side characters, but he paints Giles, Dmitri, and Zelda with a fine enough brush that I wouldn’t want to see them excised even if they occasionally feel extraneous. But the heart lies within Eliza and The Creature, whose sensitive puppy-dog attitude never feels manipulative. If this kind of fantastical twist is what movie romance needs, I for one welcome our new sexy fish-man overlords.

One thought on “The Shape of Water is fantastically, darkly graceful”